Sex is still a taboo. 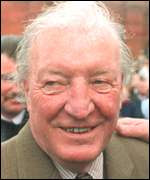 On of the things that has struck me over the last few days is that sex is still a taboo in Ireland. Much of the debate about Charlie Haughey over the last week has centred around the publication in the Scare Ireland On Sunday of details of Terry Keane and Charlie’s affair. Now none of this was new it was all revealed years ago and famously she was interviewed on the Late Late. Yet it was the republishing of this that rose the heckles of many people.

Many people shouted out. “Do not speak ill of the dead” yet they never said this when they were discussing his dodgy dealings with various people. Neither was it raised when questions arose around his actions during the Anglo-Irish agreement and his handling of the economy in the early part of the 80s. Sure infidelity effects his family but does saying he is a criminal not also effect his family.

On of the question was that a politician has the right to a private life and indeed they do but when something is revealed that effects their character then it is in the public. Interest. For instance Charlie was involved in the whole condom debate. Would people’s perception of the situation have been different if it was known he was Sweetie of Terry Keane’s gossip column. I think so. Also what does it say about the mans character that he would sit on a Sunday reading this with glee in front of his wife. This aspect of his life is just as relevant as any other in the telling of the story of Charlie.